Generally much more subtle than Aries, yet nonetheless fiery and in charge of situations. Prefers leading to following.

Ambitious and very proud, and can all too easily become overbearing and arrogant if not checked.

They are usually creative in varying ways, acting being perhaps the most openly obvious show of this. As with Aries (and Sagittarius), Leos can be very forthright, sometimes too much so.

They share certain attributes with the earth sign Taurus in as much that often only the best will do: I know of some people who have Sun in one of these signs and Moon in the other, and they are very materialistic people indeed.

Leos are however often generous but this can simply be to remain the centre of attention – nine times out of ten they already are that.

They thrive on attention, recognition, and praise from others, so therefore run the risk of becoming conceited. At the very least they are big-hearted, romantic people.

Although it is a Leo trait to require connection with a mate and loved ones in order to achieve true emotional security, they are nevertheless very independent people.

In fact, their independence combined with their drive to be fair and altruistic forms the ideal personality for leadership.

People naturally tend to gravitate toward these charismatic individuals and look to them for help or guidance.

Due to their inherent need to be needed, Leos find much fulfillment in this state of affairs and may even decide to pursue leadership or counseling on a professional basis.

Leo traits are nothing if not sociable, so many people born under this sign love nothing so much as they love a good party or social event.

They love to share all that they have with other people and will continue to do so indefinitely so long as they’re being showed their own due when it comes to reciprocal appreciation and affection.

Leos are also confident sorts who are always up for a little stimulating conversation and they certainly know that they’re worth talking to.

However, this proud, confident sign can tend toward snobbishness, conceit, or over-domination if they aren’t careful to keep their trademark confidence in check.

Leo natives possess some of the biggest hearts out there and this can easily be seen in the way these souls will do just about anything for others and especially for those special few lucky enough to be close to their hearts.

Although they show a particularly marked fondness for children and animals, these really are folks that have a soft spot for anyone in need.

They are generous not only with their time and their attention, but also their money.

It is not at all uncommon to find major philanthropists with strong Leo influences in their birth charts.

Thanks to the radiant influence of the Sun, Leos are creative types who come into this world with a natural flare for the arts.

This Leo trait is especially apparent when it comes to the performing arts.

Although the world can certainly boast its share of Leo painters, writers, and musicians, there are an astounding number of world-class actors, dancers, and filmmakers out there who have a strong Leo influence in their charts to thank for their successes as well.

A notable Leo traits is that they never do anything the small way.

Ruled by the bright and flamboyant Sun, these are flashy, extravagant folks who are natural performers that love being the center of attention.

They seek out adventure at every turn and many actually enjoy living lives that come alongside a small serving of drama.

If earth signs like Virgo or Capricorn figure prominently in a Leo’s birth chart, the trademark Leo trait for the extreme may be tempered, although certainly not extinguished.

Leo is the fifth sign of the zodiac, and is symbolized by the Lion, which represents this types characteristically proud, impressive and regal nature. Leos symbol or glyph represents the Lion’s mane, or the tail of the lion, as well as the corona of the Sun, which is the signs ruling planet. The Sun is in Leo from around 23 July until around 22 August each year. Leo is classified as being of the positive polarity (expressive and spontaneous), of the fire element (ardent, keen, energetic and assertive), and of the fixed quality (intense, steadfast and resistant to change).

Leo displays a powerful, impressive, confident, creative and joyful attitude, with an urge towards authority.

The characteristic Leo type is generous, warm-hearted, enthusiastic, dignified and broad-minded. Leo loves to lead and to organize, and to do things in a big way, and typically cant be bothered with details.

Leo is often quite dramatic and always desires self-expression, even to the point of showing off. The typical Leo is a natural showman, and delights in having a full measure of recognition and admiration.

Leo is often happiest when placed in sole charge of a large scheme, and is usually very self-assured.

Leos sunny disposition allows it to be candid, outspoken, and very direct.

There is a certain conflict in the Leo nature between the active fire element on the one hand, and the static fixed quality on the other.

Its important that Leo controls its great sense of pride and authority, and that it doesn’t force these qualities upon others in overbearing or dominating ways.

Leos ego needs constant reinforcement and the approbation and appreciation of your friends and followers.

Leo therefore has to be careful that its otherwise wonderfully impressive and authoritative manner doesn’t become simply conceited, susceptible to flattery, or pompous and snobbish.

Unintegrated expression of the Leo manner can turn into autocratic, intolerant, self-appraising, patronising or bombastic ways.

Leo can aim gratuitously to merely outdo or outshine others, and it often has to learn how to laugh at itself and to appreciate a sense of humility or sentimentality.

Good Side of Leo

Imaginative, trustworthy, and devoted individuals, they are also brave.

They are individuals who cherish and love their homes and consider them their sanctuaries. This is where they often entertain their family and friends.

With others, they can mix well, get to know who they are on a deeper level, and appreciate their personalities. To get to the truth, they like to find out what the person is like on the inside rather than what they pretend to be.

Even though they seem to have a lot on their plate, these people can maintain a very laid-back and easygoing manner. They can balance that with carrying a heavy load.

When people look at a Leo on the outside, they feel that they have almost constant or perpetual energy that keeps them going. Furthermore, they are always willing to help other people and never seem to run out of time.

If they find something they like or find interesting, they usually do it for fun or for pleasure. Although they may still want some recognition.

It is easy for them to cultivate and maintain close friendships with their family and friends. Even if they prefer a smaller tribe, it is still possible to have friends from different groups that they see from time to time.

Bad Side Of Leo

Sometimes, because of their inherent strength and power, they have trouble understanding how someone could suffer from something that doesn’t affect them directly. In that way, they find it difficult to relate to others.

Due to the burdens they carry, they sometimes experience very low points in their lives and are moody or depressed. During these times they may complain or mope around.

It is not uncommon for them to laugh in the face of Authority. Sadly, some of them think of themselves as invincible and untouchable.

Their goals are so important to them that they will do anything to accomplish them, especially if it is something they feel very passionate about.

There are times when they will be proud and boast about their achievements, regardless of whether or not they have been fully realized.

Rather than turning up unprepared and dressed poorly, they would borrow the best outfit they could to impress someone important to them, or whose opinion matters to them. 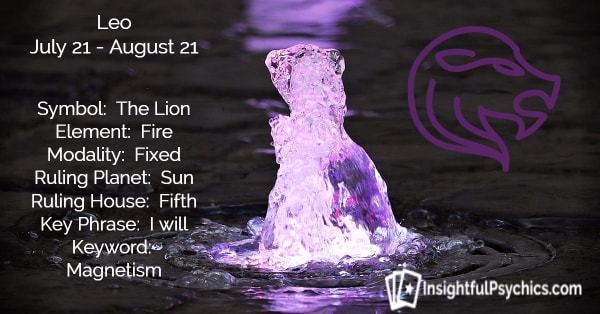 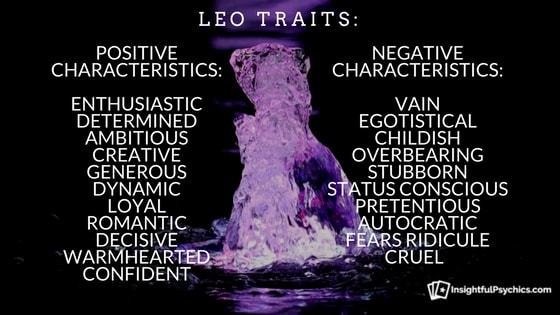 In the world of business, there really is nothing better than the strong and fierce Leo to be able to lead a business towards sustainability, efficiency, and high-profit margins. They are very confident and charismatic individuals, who are highly fearless and who are very self-reliant and independent. These individuals are at their best and excel in careers where they can be the center of attention. They also enjoy working jobs that bestow on them prestige, Authority, and influence. These individuals bring to a job a lot of spontaneity and initiative. These qualities including the fact that they are very resilient and resourceful can help them to act as captains as they lead their team to success.

The best jobs for them would be as follows.

As a business owner or the CEO of a company or Corporation. They would do well as tour guides or travel agents. They would thrive as a realtor in the real estate market. They could use their creativity as an interior designer. That same creativity would work really well in the fashion industry. And if they choose to they can even be an awesome sales representative due to their charismatic personality.