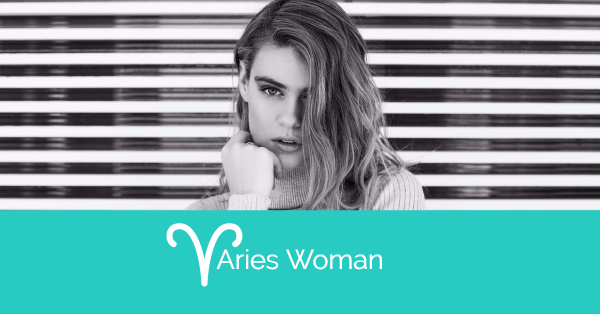 The consummate actress, the Aries girl is really into performing, so she tends to come off as cool, remote, a bit apathetic. But that ain’t what she is usually feeling. She often speaks her mind without thinking beforehand and says outrageous things (go!) But her temper is often cruel and she has been known to draw blood (did someone say catfight?) The Aries woman is in love with love and she isn’t looking for a father figure but a sensual, romantic secret agent lover guy. There is much to be admired in this gal and she LIKES to be admired. Generally, she won’t go heavy on the makeup, she’ll let her natural beauty shine on through. Aries women believe money is made to be spent and have probs sometimes controlling those sprees. Oh yeah, and supposedly, Aries women like to sleep naked.

These women are very assertive and ensure that their thoughts and feelings are heard. They will always put up a fight, and defend themselves no matter what.

That’s what happens when you are ruled over by the planet Mars. After all, it’s the planet of power! It provides them with a lot of Drive, power, and belief in themselves.

She always knows what she’s capable of doing in life. And there never seems to be a moment where she ever underestimates her abilities. That’s her self-confidence shining through!

There are people out there that this woman is too much of a handful for. As she can be very challenging to deal with in a relationship.

She really is as tough as they come. There is no doubt that this tough woman can be so powerful and so sharp-tongued that she can freak other people out. She definitely can put people into their places!

She is a beautiful woman! But she shouldn’t be looked at as a delicate flower, as she can do more than enough to protect herself. Despite life’s hardships, she shows that coping and dealing isn’t a problem for her.

There is one thing she cannot tolerate, however, if anyone tries to treat her like a child or take advantage of her. It’s not her style to take orders from other people, as she is the boss!

If you respect her for all she is and let her take the lead, you will get along famously.

When it comes to people she cares about, she will do anything for them. It’s always her pleasure to be there for her good friends and family. Especially when they need somebody to talk to. Or if they need support or sympathy. But at that moment that she’ll drop everything that she’s doing and try to rescue them.

A great deal of the time, these women are very sporty and athletic. So you might find them rigorously working out at the gym. A lot of the time this could be to relieve stress and release all of the excess energy that they accumulate during the day.

These women are beautiful through and through!

Here is miss independent. Happy, popular, and can be a real handful, she likes to be first! She looks for a mate who can hold his own and although she likes to be romantic it is on her terms, she has to have respect for her man, he has to be her knight in shining armour, then and only then will she give herself up and defend him to the hilt.

For the Aries Man

If you have a strong backbone, can make suggestions – only, and are able to take ‘no’ for an answer, more than a few times then you just may be able to win over the Aries woman.

The Aries woman is a strong-willed, independent, and intense creature. There is nothing mild or tepid about her in all matters including matters of the heart.

The Aries woman in love conducts herself no differently than in any other area of her life. She is full of passion, intensity, and can be very demanding.

Yes, the Aries woman likes to get her way at all times and call the shots every step of the way. A relationship with the Aries woman starts with the man giving in and eventually being molded to what this woman sees as her ideal man. She is a force to be reckoned with and quite hard to resist.

Although this woman is prone to be the jealous type this jealousy is not rooted in insecurity as most jealousies are. The Aries woman wants to be number one with her man at all times. She will hardly tolerate anyone or anything occupying the number two position either.

This jealousy can be better accepted and dealt with when you realize she’s not at all insecure; she just wants all of you or nothing at all. If you plan to pursue a relationship with an Aries woman you are best advised to get plenty of rest. This is the woman who is full of endless energy and it seems to kick in just as everyone else’s energy is waning for the night.

The Aries woman is a wonderful creature who repays your complete devotion and nurturing of her high maintenance needs with complete loyalty, devotion, determination, and encouragement of you in all of your endeavors. If you’re a rising star the Aries woman will support and bolster you every step of the way. Handled the correct way this headstrong, vivacious woman will do anything you ask….just go into this relationship rested and ready to do as she asks.

More on Aries In Relationships

What she’s looking for in a partner

How she is as a partner

How to attract her

How to Scare her off

Sex with an Aries Woman

Turn Ons: They are looking for a man who has a strong mind, is confident about himself, and respects a strong, independent lady. As their exes will tell you, she’ll give anything a shot — and then demand it again. Honestly, she would prefer a man equal to her on all counts.

Turn Offs: Weak or clingy men should stay away. Stiffness, hesitation, and insecurity in a partner stir her up, along with any 1950’s “Honey, I’m home” chatter. She will move on so quickly, the other partner will get whiplash.

( BLACK FRIDAY) 70% off PSYCHIC READINGS with this coupon click now